Try something new in 2020. Gather your siblings and kids and form your own family reading group. Read the same books and talk about them over family dinners. It’s a good way to inspire your kids to read. It’s also a good way to connect with multiple generations. Homecare in Buckeye AZ: Films You Must See

For 2020, there are several movies based on recent and classic novels. Here are the books-to-movies offerings you won’t want to miss.

Eoin Colfer’s young adult spy series has been a favorite since it’s debut in 2001. Artemis Fowl kidnaps a fairy in hopes of replenishing his family’s fortune and funding the search for his father. Over the different books, he actually becomes more of a hero than the villain he started as.

Miramax started developing the book into a movie in 2001 with the screenplay allegedly finished in 2003. It never came to pass, however. Disney announced plans in 2013, and it’s finally coming out in May 2020.

The Call of the Wild by Jack London

So many people have read The Call of the Wild at some point in their life. It’s often required reading in school. The Jack London tale involves the theft of Buck and his journey to Alaska where he’s sold as a sled dog. There he must survive.

Harrison Ford stars in the upcoming live-action, CGI film. It’s scheduled for release at the end of February.

The Story of Doctor Dolittle by Hugh Lofting

Hugh Lofting’s classic novel introduces Dr. John Dolittle, a bachelor who lives with his sister in a small English village. He starts as an animal doctor but soon discovers the secret to communicating with animals. As a result, he switches to veterinary practice. This sets off an adventure that has Dr. Dolittle traveling to Africa.

Several Doctor Dolittle movies have come out over the years. Slated for a January release, the latest stars Robert Downey Jr. as the doctor who can talk to animals.

Balance time spent helping your parents with time for yourself. If you’re only focused on your duties as a family caregiver, you put relationships and your well-being at risk. Too much stress and lack of socialization are detrimental. Home care services can prevent that.

Instead of being the only carer your parents have, caregivers help out. They come as often as you need, which allows you to take breaks. Ask a home care agency about part-time services or respite care.

If you or an aging loved-one are considering hiring Homecare in Buckeye, AZ, please contact the caring staff at Blessings for Seniors Companion Care at (623) 594-0819 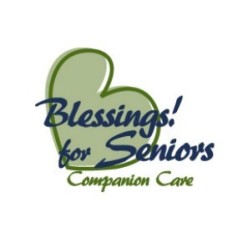